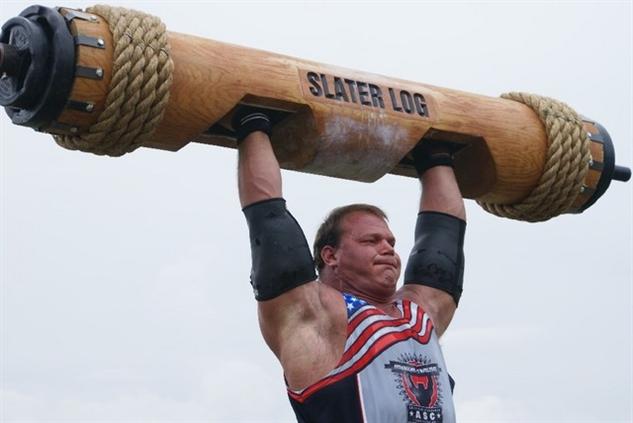 What does it mean to truly be strong?

Or maybe you think I’m going to say you need to deadlift 3 x’s your bodyweight.

Well, all are certainly impressive.

But what is even more impressive to me, and my definition of strength is to be faced with adversity and to be able to withstand and overcome.

Let’s look at Mike, the 17 year old kid from the ghetto that gets a full scholarship to a big division 1 football program for instance.

Some people say “it must be nice”, I’ve even heard “its bullshit that this kid can go to school for free just because he can play football”.

Yes I have actually argued with someone who said that.

But here’s what many people are missing.

Mike never met his father, while his mother was busy working three jobs to make ends meet our running back had to raise 3 younger brothers and sisters.

Between taking care of his family, school, football practice, lifting and working a part time job to help his mother pay for some of the bills it would be easy for him to not get up before school and run those extra sprints every day.

You don’t know that Mike only slept four hours a night, because he had to make time to lift weights after work.

Let’s look at Sarah who owns the successful hair salon.

Some people say “that girl was lucky, she must have had money handed to her”.

Well, those people don’t know that when she was growing up Sarah’s father was a drug addict.

He used to steal from her and beat both her and her mom.

She had this dream of doing hair, and one day opening her own salon so she could get away from her father.

Through the sleepless nights, the lies and the horrible violence she had to face, Sarah stayed committed to her dream, worked two jobs and put herself through cosmetology school.

One day she finally had enough money to now open and run a business which is so “easy”.

You didn’t know that she went through all of that.

And everyone told her she was crazy and it would be too hard for her to open her own business.

What about Matthew, who loves playing hockey more than anything?

His lifelong dream was to play in the NHL.

He plays four years at a big time college program and is a top prospect going into the draft.

But his final game of his senior season Matthew takes a bad fall and breaks his neck.

He is now paralyzed from the neck down. His dream is over.

After months or even years of taking in this hard truth, facing depression and adversity something sparks inside of him.

Matthew now has a goal to help people cope with being in wheelchairs and starts a foundation to raise money for his cause.

His foundation is extremely successful, and he now helps thousands of people around the country.

Matthew never thought he would be the head of a foundation to help people in wheelchairs.

The point is, we are all faced with some type of adversity in our lives.

Some may seem more extreme than others, and sometimes is.

But what matters is that you understand it’s possible to overcome that adversity.

You have greatness living inside of you, and regardless of the hand you’re dealt you have the ability to get it out.

And to do that you need a goal, a vision, good habits, and an unrelenting work ethic.

If you choose to complain and never take action you will never have a fulfilling life.

There will always people who doubt you, who hate on you and try to bring you down.

Hopefully one day they will realize that nothing gets handed to people, and there is a lot more that goes on that you never even see.

It would have been very easy for Mike, Sarah and Mathew to complain about their problems, sell or do drugs, or choose to live in a deep depression.

But they didn’t, and neither should you.

This is your time to be great.

This is your time to overcome whatever adversity you face.

If you do that, you will truly be strong.

That is the true definition of strength.