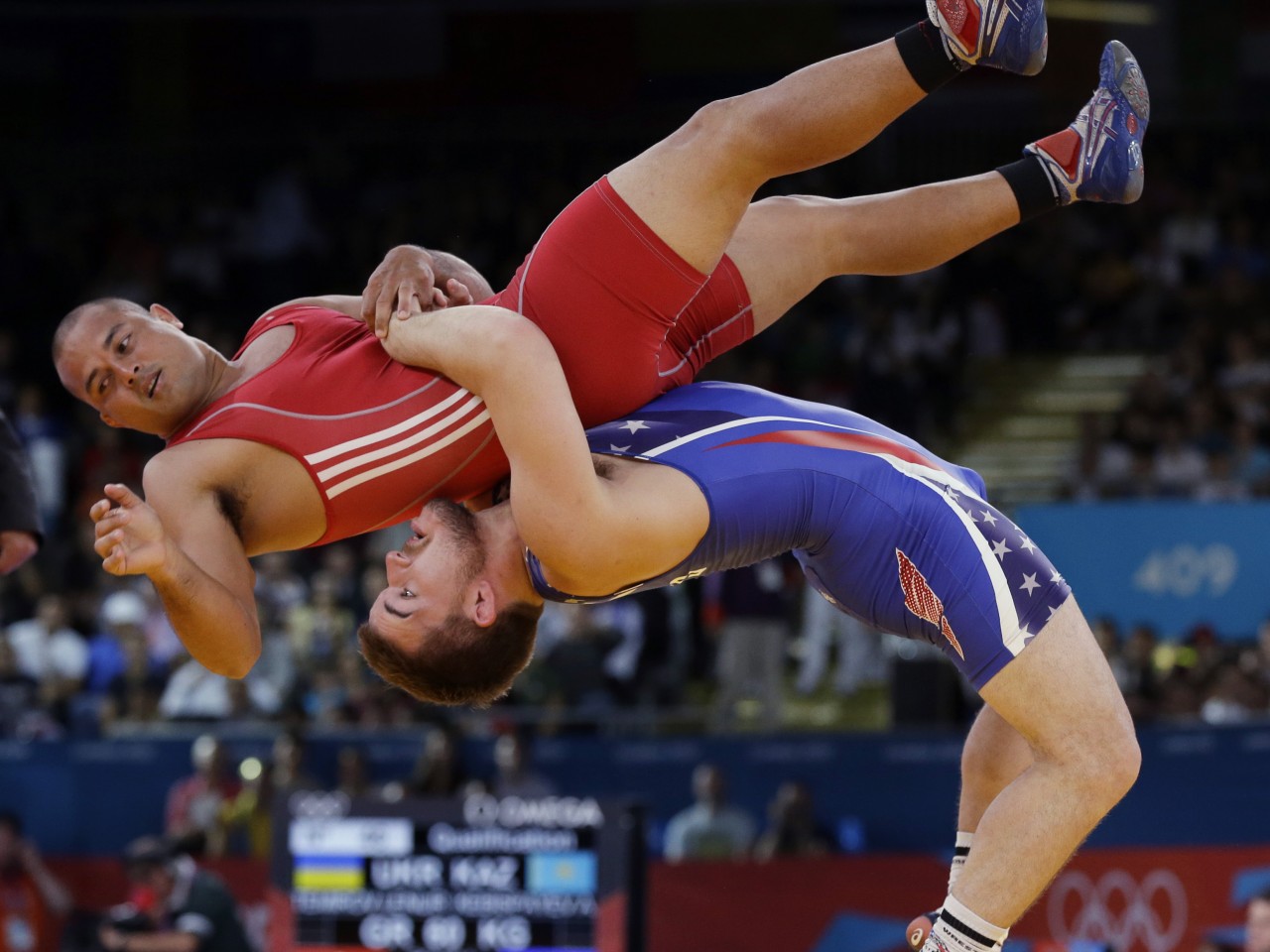 I am sure you guys are back on your grind after the holiday and are hitting the gym hard and heavy!

Just a quick update, my hand is pretty close to 100% now, with the exception of occasional numbness. As far as strength goes though, I am almost back to where I was right before the injury, which is an incredible feeling to say the least.

Over the weekend, my buddy Ruben and I went to see the movie “Bleed for This” which is the true story of world champion boxer Vinny Pazienza, or the Pazmanian Devil.

If you have time, definitely go check it out. The movie was a bit slow at times, but a good movie overall. Super inspiring so I definitely recommend checking it out.

It starts off when Vinny Paz is fighting at Jr. welterweight and after one of his fights at that weight class he collapses and was hospitalized due to severe dehydration.

At that time Vinny was known for having a very tough time making weight for his fights, and his weight would rebound back up dramatically after them.

He lost several fights in a row and knew something needed to change.

When he decided to go back to his old trainer, the first thing he did was weigh Vinny in, only to find that he had gained almost 30 lbs since his last fight only a week ago!

They decided to jump Vinny up two weight classes, which seemed extremely farfetched!

The result – A stronger, faster, healthier Vinny Pazienza who ended up winning the world title at that weight class. 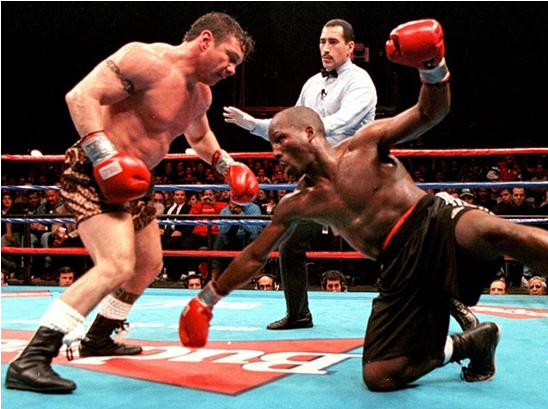 That is an extremely valuable lesson for any wrestler or combat athlete out there.

Most wrestlers and fighters feel it is necessary to make drastic weight cuts in order to compete at a lighter division or weight class.

The big problem is that most of these athletes do not cut weight properly, as well as try to cut too much.

They end up starving and dehydrating themselves in order to make weight for a class that is way too far out of their reach to sustain good health and high performance levels.

What most don’t realize is that they are not gaining any advantage by cutting down to such a low weight class. In fact, they are putting themselves at a disadvantage!

When you are deficient in nutrients and dehydrated you cannot perform at an optimum level. You are putting yourself in a weakened, fatigued state that is putting a huge toll on your mental and physical game.

If you compete at a weight class closer to your natural weight however, you will be in a much stronger, healthier state which will not only help you perform at a higher level physically, but it will help keep you sharp mentally as well.

Now I am not saying that you can’t drop a few lbs. if you have it to lose. Cutting 10 lbs. may in fact be healthy for some athletes, as long as it’s done properly.

I understand that cutting weight is part of certain sports, which helps you stay focused and dialed in, which is great. 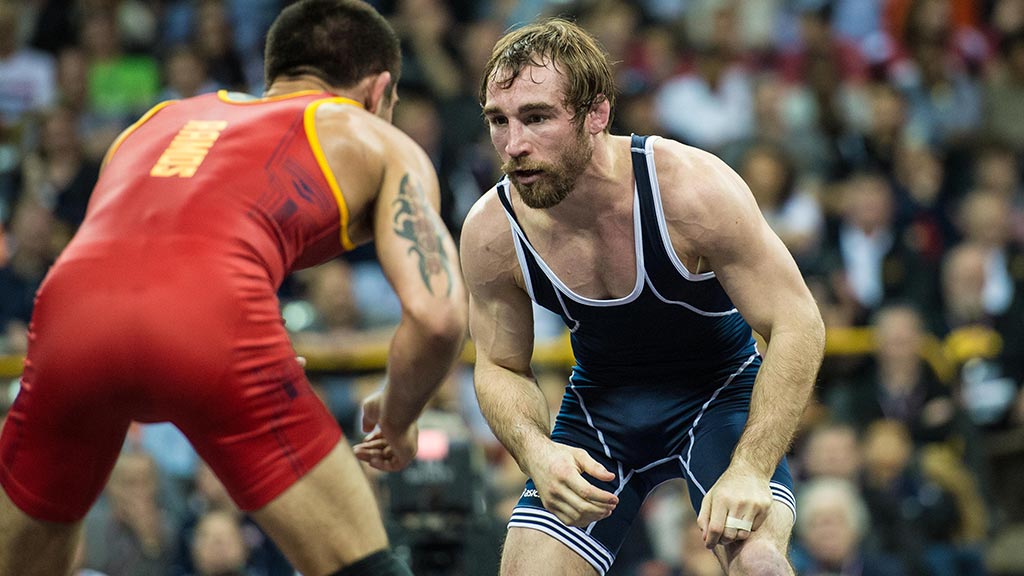 But there is a fine line between cutting a healthy amount of weight and taking laxatives in order to drop 6 lbs. the day of a match.

What athletes need to learn is how to eat foods that will help them shed body fat, keep them strong, nourished and healthy.

That comes down to eating a well-balanced diet based on earth grown nutrients. Which means cutting out all sugar, flour and anything processed. Drinking enough water every day and putting in the right amount of physical hard work.

Combined with adequate sleep each night (7-9 hours) you will feel strong, fed and more ready for competition than you’ve ever been.

The story of Vinny Pazienza should really be eye-opening. This was a world champion jumping up two weight classes after losing 3 fights in a row only to win another world title at a much heavier weight class. A weight class that was much closer to his everyday weight.

I want every wrestler and fighter reading this to strongly consider what I am saying.

What sense does it make to go into battle weak, dehydrated and depleted?

If you take two guys of the same exact skill, one was taking laxatives and wrapped in a sauna suit jumping rope after barely eating anything all day. The other, eating quality foods, is well rested, hydrated, focused and ready.

Who do you think is going to win that bout? 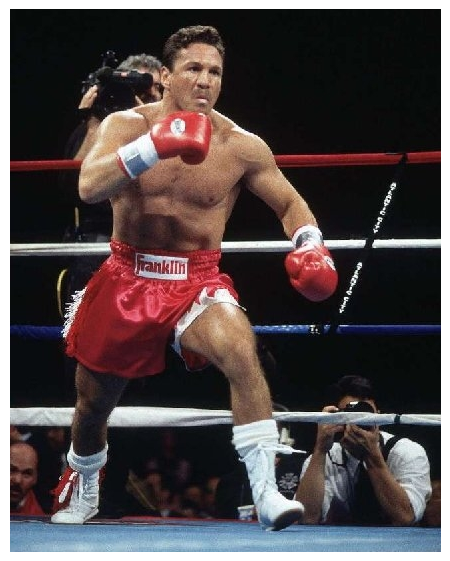 I know I wouldn’t put my money on the guy that was shitting blood the last three days.

I hope that you take this seriously, and consider competing at a higher weight class this wrestling season. Many athletes have died over the years using these dangerous dehydration methods.

Please learn from the mistakes of others and cut weight the right way.

If you do, I guarantee you will be a much better athlete.

If you would like help with your meal plan I would love to be of assistance and help you cut weight the right way. Just shoot us an email at INFO@TUTELATRAINING.COM and I will be happy to help!

Now work hard and go have the best season of your life!